Never trust people who are too effusive about your talent. They’re probably preparing to shaft you. I’d hesitantly accepted a gig offer from a man I met in a bar while doing another gig  (that’s life at the top for you. ) He was “Something-To-Do-With-Art” – big on dramatic gestures and statements, small on details. Naturally he LOVED my music. I was to play for a soiree at the obscure art gallery where he reigned supreme as creator, director, coordinator and all round bigmouth.   Eccentric patrons are par for the course in Berlin, and it should have been good fun – but this guy gave me the creeps.

Relax!…. Before I could even open my guitar case, I was ordered to ‘RELAX!” In a room with no chairs, with him leering at me.  He meant “Start drinking”. I didn’t get drunk. Only bored. Fast forward 60 minutes – I just – as ever – want to play a good show. People are there. People are interested. But he was hellbent on wrong footing me…….

There was the drawn-out “testing, testing” soundcheck routine – in  a room not much bigger than my living room -which could have been done on arrival. (see  My Thoughts About Soundchecks)  Then, the interruption of the first set, mid-song, with a blast of Hawkwind.  Artistic statement? Next, the “veggie meal part of the deal” …. While the visitors were happily tucking into to generous portions of Chile con Carne, inconvenient non-meat eater here gets a last-minute unbuttered bread roll with soggy tomato slices. 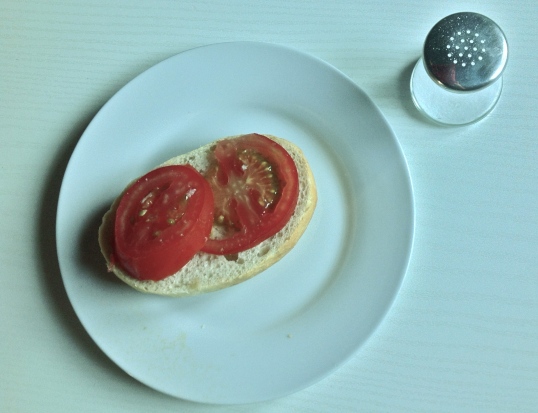 But head and shoulders over these minor woes…..NO!  NO! NO! You DON’T have to embrace the performer and give her a sloppy kiss at five minute intervals because people are clapping. Throughout the entire evening he was drunk, overly gushing, and all over me. As a feminist I wanted to kick him in the nuts. As a performer I wanted to do my job. Couldn’t find a way to do both. Cue BURNING SHAME AND INNER CONFLICT….a real fun night out.

Adding insult to injury… Later,  preparing my exit, I get hauled into a toe-curlingly embarrassing public debate about what I should be paid and whose pocket it should come out of. The resulting underpayment was buried so deep in bullshit that I only realised on the way home. But hey – we LOVE your music…..

PS: The whole sorry experience was worth it because it inspired me to write this song, which features the amazing Chris O, queen of the Australian blues scene, playing some devilishly good slide guitar.