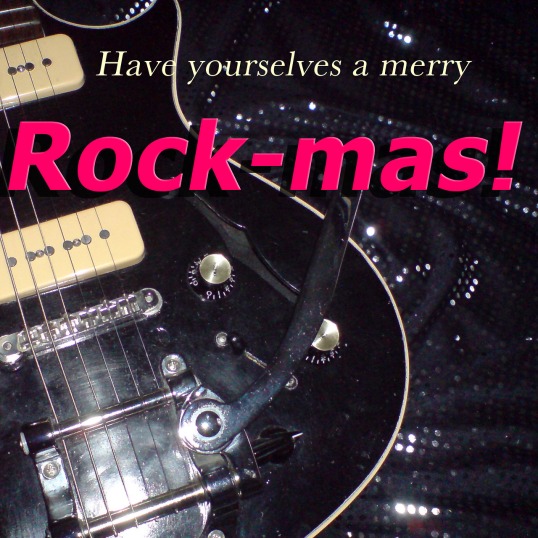 Can you musos identify this guitar eh?

Santa Baby -My Favourite Xmas song ever! (But I hope Eartha Kitt is remembered for much more…..)

what would I like from Santa Baby? (what d’you mean, he doesn’t exist?)

how about a Western guitar that’s:

Warsaw 2004.   My band, “Kathy X ” is due onstage. The venue has a few alcoves which provide a cosy hangout if you aren’t watching the stage.  In one such alcove a group of local women have been aiming their attention with  military precision at Bassist Rob and Drummer Dave. who appear to be unaware of their status as Visiting-Musician-Gods (or enjoying it while it lasts.)

As I approach the giggling, hair-swishing little ensemble, one of them is sitting directly between me and Rob. Who also happens to be my boy.  She’s intelligent enough to realise she’s very attractive. But too stupid to do much beyond displaying her assets to guys in bands.  She  doesn’t know I’m IN this particular band – the line-up and music being of secondary importance here.  What she does know is that I want to get past her. But she stares blankly past my enquiring expression and doesn’t move an inch.

This is unbelievable. She thinks I’m competition. That I just wandered in off the street to try my luck as a groupie….

I summon up one of the few Polish words I remember.

The official translation :”Excuse me”. But that’s not what’s going on my head at the time.

More like:  “Get out of my way before I kill you”

And that’s probably what she hears. She very grudgingly makes way and I get to tell Rob we’re on in five. There’s a big video screen showing the bands as they play, which is visible from the alcove.  It’s sweet revenge to think of her seeing me up there. And sweeter still that I was inspired to write “Party Pooper”